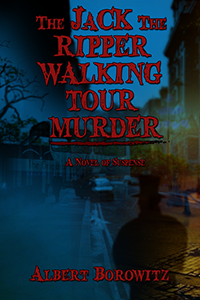 The Jack the Ripper Walking Tour Murder by Al Borowitz

Book 1 of the The Paul and Alice Prye Mysteries