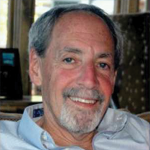 After a successful career in the corporate world in his native Cleveland, Ohio, Jeff Bendis and his late wife Kathleen, took advantage of Jeff’s early retirement and headed to Vermont to become the new owners of a bed and breakfast inn. Nothing in their past would have led you to believe that they weren’t of sound mind. Leaving behind hoards of unbelievers and doubters, their innkeeping odyssey began and the first draft of this book followed shortly thereafter. It could be mentioned here that Jeff graduated from Case Western Reserve University in Cleveland with a degree in business administration and attended graduate school there, but why would that matter? It could also be mentioned that he is a physical conditioning freak, has run a couple of marathons, bikes, kayaks, and occasionally engages in winter sports like cross country skiing and snowshoeing, but why would that matter either? What does matter is that he was a really successful innkeeper and decided to share his experience and wealth of knowledge with the world. 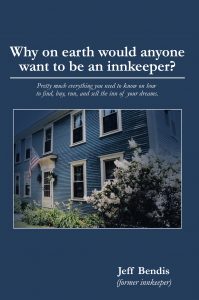 Why on earth would anyone want to be an innkeeper? Pretty much everything you need to know on how to find, buy, run, and sell the inn of your dreams.