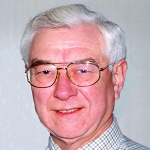 Dr Geoff Ogram was born in Ealing, West London, UK and after school education, went on to the University of Birmingham in the 1950s to study Metallurgy, gaining a BSc and later a PhD. After a brief period in industry he taught metallurgy at a College for thirty years, before retiring in 1995.

He became fascinated by 3D images at an early age, finally being able to afford a stereo camera (a Wray Stereographic) in 1965. He decided to write a book on stereo photography when he retired, though he admits that he knew little of the theory or practice of the subject. However, his scientific background facilitated his research into the subject and he was able to develop some original analyses of specific topics. Eventually, the book was self-published as “Magical Images”, now re-emerging as an updated second edition.

In private life he is a widower with three married daughters and four grandchildren. His interests are classical music, magic (though not now involved in this pursuit) and belonging to the Catenian Association, a society for Catholic men. His involvement in his local catholic church is playing the organ, which he has done for over forty years.

He joined the Stereoscopic Society (UK based) in 1997 and later served as President for three years. He is also a member of the Third Dimension Society. He regularly enters stereo competitions and has won awards for some of his images. He has also judged some competitions for the Stereoscopic Society, and takes part in one of the “folio groups” who circulate images in a box for comments. Images are continually changing as the box goes round. 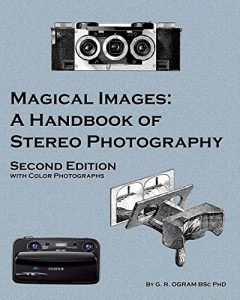